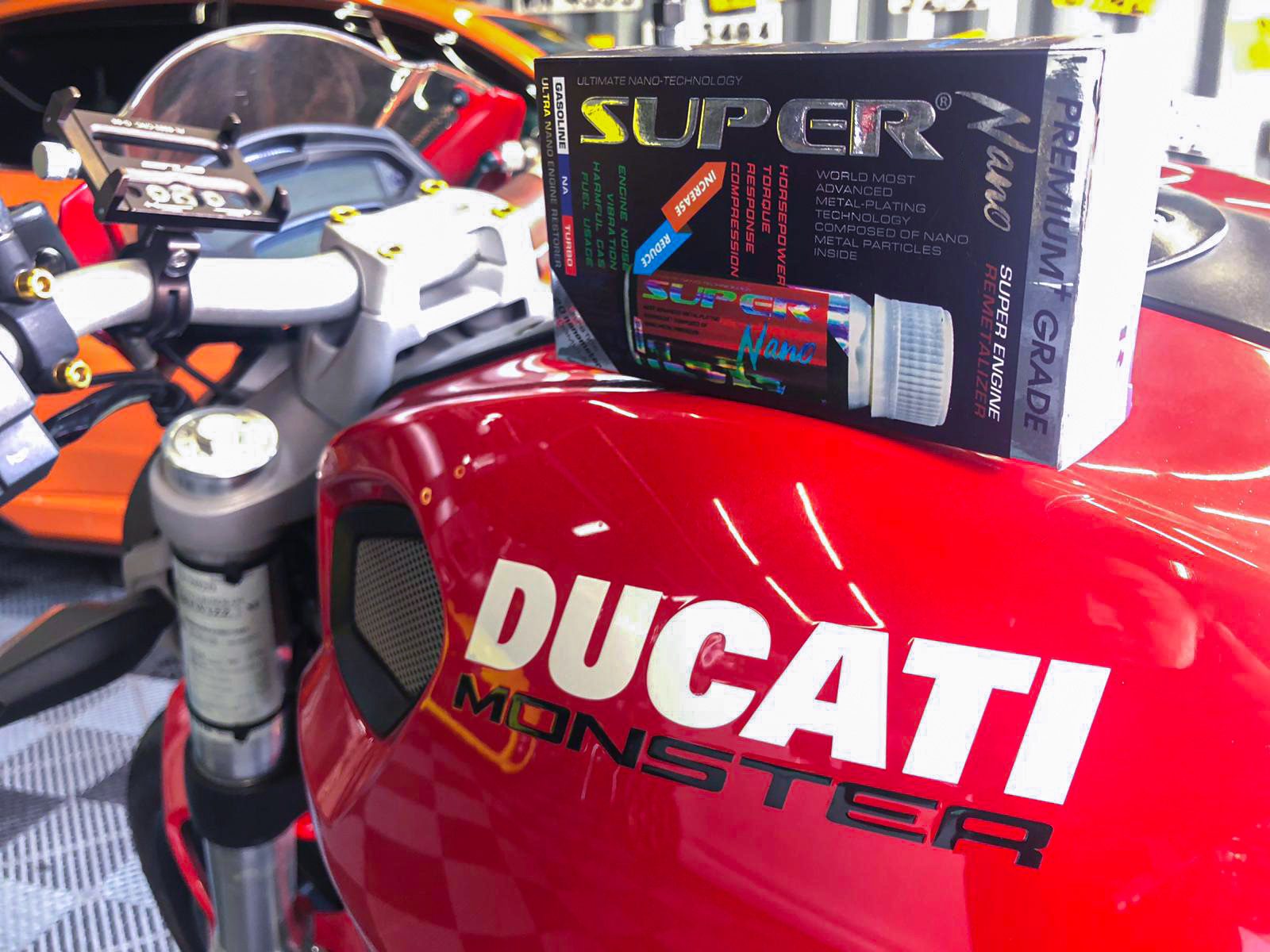 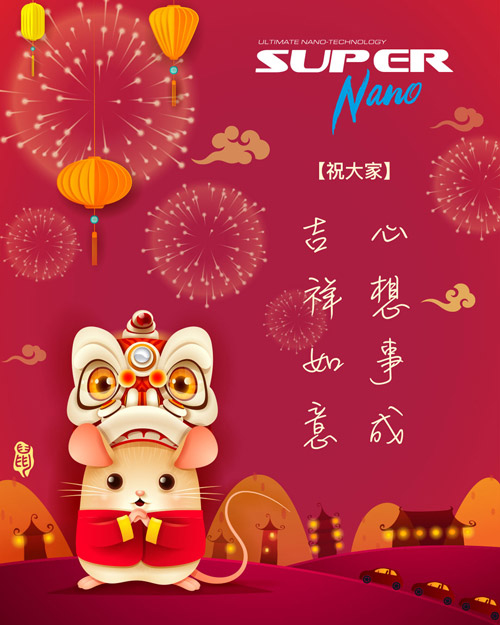 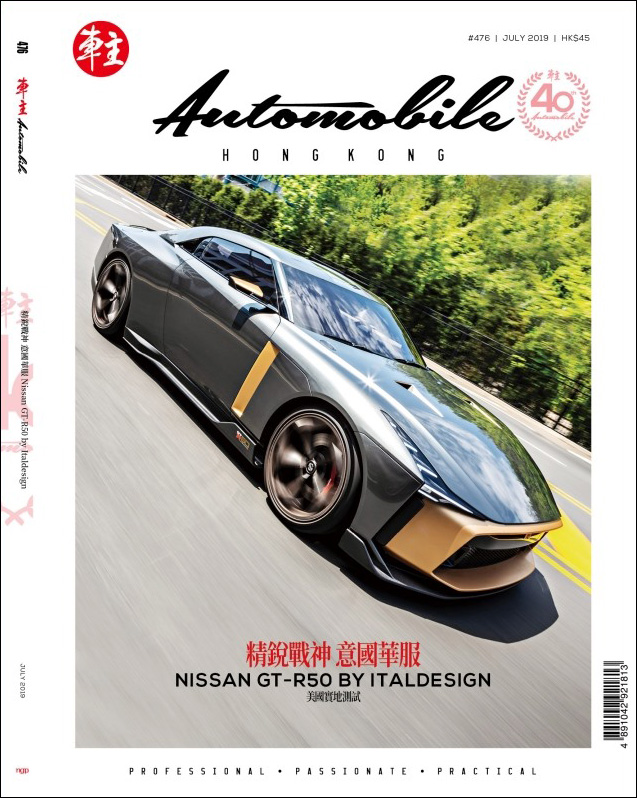 如想看中文版請看下方，謝謝。  ** Unofficial English translation by Super Nano Shop: "The importance of a car engine is equal to the heart of a person. If there is a problem with the engine, even so for sports cars, it will not move, so engine maintenance has become an important issue for every car owner." ～Interview with SUPER RESURS Head of Hong Kong Sole Agent John Chan Interview + Photography = ERIC NG An opportunity that appeared ten years ago Head of Hong Kong's Sole agent of Super Resurs, John Chan, recalls the experience of the car that he owned ten years ago. Noticing the aging and wear of the engine, he went on a journey searching for a variety of different remedies and products, yet cannot find a way to improve the situation or see notable results. By chance, he came in contact with the SUPER RESURS brand, and tried its product for about a week. He found not only that the problem was solved, the product also restored the performance of the engine to its ideal state. Subsequently, he felt that this product is worth introducing into the Hong Kong market, because no matter how serious the engine problem is, these issues are experienced generally by car owners. Military grade technology flowing to the consumer SUPER RESURS is not an additive. Its technology is derived from a department of the former Soviet Union specializing in metal friction, which was owned by the military at the time. Many airplanes, boats and cars rely on the engine to operate. Under periods of continuous usage, it is prone to metal aging and decline, including abnormal operation. Scientists needed to develop solutions to minimize this impact, to extend and improve the stability and reliability of mechanical equipment to ensure the smooth progress of the task. After the disintegration of the Soviet Union, many scientists became unemployed, and one scientist brought this technology, as well as its patented products, to the consumer market, becoming the only engine repair agent on the market that originated from military technology to be applied onto automobiles. The third generation goes one step further John said that the importance of the car engine is equal to the human heart. If the engine is out of order, even if it is a sports car, it will not move, so engine maintenance has become an important issue for every car owner. The biggest enemy of the engine is metal wear. Starting from the first step of starting an engine, the internal parts of the engine such as the cylinder wall, piston, crankshaft and other metal parts will make direct contact with each other. High-quality engine oil can slow down the the process of metal wearing, but cannot be avoided. As the wear of the metal surface begins to accumulate over time, there would be a noticeable space between the cylinder wall and the piston. The compression and cylinder pressure of the engine will decrease, directly affecting engine work efficiency, resulting in performance degradation and the increase of fuel consumption. SUPER REMETALIZER uses special metal particles to create a new metal repair layer in the engine friction zone, increasing the air tightness and compression between the cylinders, restoring the engine's performance, and is effective in repairing metal wear inside the engine. In the past ten years, more than 200,000 units have sold successfully in Hong Kong. All bottles have achieved remarkable results and won the reputation of the users. However, the manufacturer is yet not satisfied with this and have higher goals. This year, they have introduced SUPER NANO, the third-generation of nano-engine repair technology, with a new and improved formula. The particles have been significantly reduced from the previous 80nm (nanometers) to 20nm (nanometers), which makes it easier to repair the fine wear of the metal surface of the engine compared to the previous formula. The repair effect is increased by 150%, which is more suitable for new generation of engines. Years of continuous record John said: "Many of the current users are exposed to our products through the introduction through friends, and the fact that this product has been established in Hong Kong for ten years. The sales volume is also a confidence guarantee for them. If there is no effect, it cannot be still around until today. John added: "What are the reasons car owners are seek for our products? After driving 70 to 80,000 kilometers, the owners are bothered by aging problems, such as: engine noise and vibration, increased fuel consumption, "consuming engine oil" and Excessive black smoke. Through using this new generation of SUPER RESURS, engine noise and vibration problems are noticeably improved very quickly.” In addition to regaining the ideal state of the engine, SUPER RESURS reduces fuel consumption while reducing carbon emissions, a positive contribution towards environmental protection.     Left image caption: Users can DIY (Do it Yourself) (Shake the bottle for 1 minute before use) 2nd image caption: Pour the 3rd Generation Super Resurs Engine Restorer into the Engine Oil system 3rd image caption: Sound test (Before applying the product) 4th image caption: Sound test (After applying the product and with the engine running for 15 minutes)   「汽車引擎的重要性等同人的心臟，如果引擎出了問題，就算再有型的跑車也動不了，所以引擎保養成為了每位車主的重要課題。」 ～專訪SUPER RESURS 香港總代理負責人John Chan 訪問 + 攝影 = ERIC NG 十年前的一次機遇 SUPER RESURS 香港區總代理負責人John Chan 回想起十年前自己擁有的汽車，引擎出現老化及耗損問題，尋求坊間多種不同方法及產品，但仍未能改善狀況，達不到預期效果，機緣巧合下，遇到SUPER RESURS 這個品牌，試過它的產品約一星期，發現問題得以解決，甚至將引擎的性能回復至理想狀態，所以覺得這個產品十分值得引入香港市場，因為無論引擎問題有多嚴重，全都是普遍車主會遇到的。 軍事技術流落民用產品 SUPER RESURS 並不是添加劑，它的技術源於前蘇聯一個專門研究金屬磨擦學的部門，由於當時軍方擁有很多飛機、船及汽車，全都依賴引擎運作，不停的使用時，容易產生金屬老化及衰退，甚至乎運作不正常的情況。科學家需研究出一些方案，將這影響減至最低，延長及提高機械設備的穩定性和可靠性，以保任務順利進行。直至蘇聯解體後，很多科學家失業，其中一個科學家將這技術，以及專利的產品帶到民用的市場，成為市面上唯一從軍事技術應用到汽車的引擎修復劑。 第三代更進一步 John 表示，汽車引擎的重要性等同人的心臟，如果引擎出了問題，就算再有型的跑車也動不了，所以引擎保養成為了每位車主的重要課題。引擎的最大敵人就是金屬磨損，從啟動引擎的第一步開始，引擎內部如汽缸壁、活塞、曲軸等金屬部件便會相互接觸摩擦，優質的機油能減慢各部件的損耗，但絕不能避免，金屬表面的磨損便開始累積，日積月纍，汽缸壁和活塞之間便會出現虛位，引擎的壓縮缸壓便會下降，直接影響工作效率，導致性能下降和耗油量上升等問題出現。SUPER REMETALIZER 利用特殊的金屬粒子，在引擎磨擦區域產生新的金屬修補層，增加汽缸之間的氣密性和壓縮力，回復引擎應有的效能，對於修復引擎內部的金屬磨損甚為有效。過去十年在香港成功售出超過二十萬支，全因功效顯著，贏得用家口碑，廠方並未為此而滿足，今年更推出SUPER NANO 第三代納米引擎修復技術，全新配方的修復微粒由以往的80nm( 納米)，大幅縮小至20nm( 納米)，比舊配方更輕易修復引擎金屬表面的微細磨損，使修復微粒更容易和引擎金屬表面結合。促使修復效果增加150%，更能對應新一代引擎。 多年戰績不斷 John 稱：「現時的用家很多都是經朋友介紹而接觸我們的產品，而且這產品已經在香港立足十年，銷售數量對他們亦是一個信心保證，如果沒有效果，是不能營運至今時今日。」John 又說：「為什麼車主要尋求我們的產品？汽車行駛七至八萬公里後，車主都煩惱著老化問題，例如：引擎噪音及震動變大、耗油量增加、“食機油”及黑煙過多。用過全新一代的SUPER RESURS，最快感覺到引擎噪音及震動問題明顯改善了。」SUPER RESURS 除了讓引擎重拾理想狀態外，耗油量降低之餘，同時減少碳氣的排放量，正是對環境保護作出貢獻。
2019-07-16

Welcome. In line with our plans to deliver innovative engine care to the world, this current official Super Resurs online shop is ready to receive and ship orders worldwide. For those who have yet to know about Super Resurs, here are a few links: Super Nano Official Website & Online Shop: https://www.super-nano.co Recent interview from Automobile Magazine HK:  here Everything is quite new at this moment, and we would be grateful for your patience in allowing us to commence our online operations and make the online shop experience as smooth as possible. Please do not hesitate to give us any feedback, we will attend to all matters and make improvements as soon as we can. Our headquarters is in Hong Kong, a place where we have tested on over 100,000 vehicles and a history of great people and stories who made us who we are Today. All products will be dispatched within 24-48 hours after receipt of order and confirmation of payment. Thank you for your support! Best Regards, Charlie So Super Nano brand director
2019-07-08 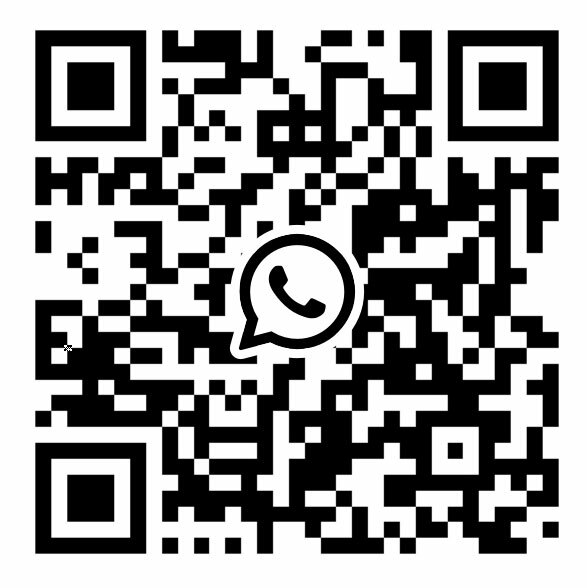